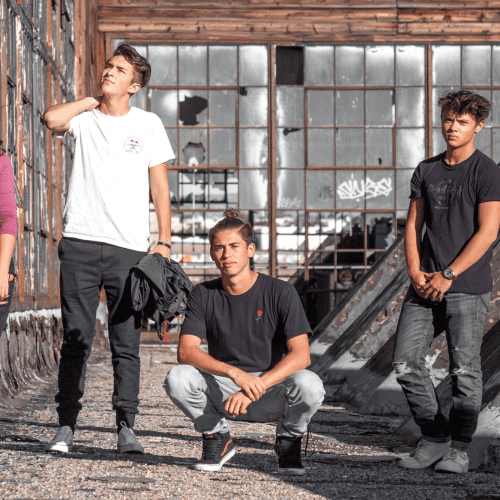 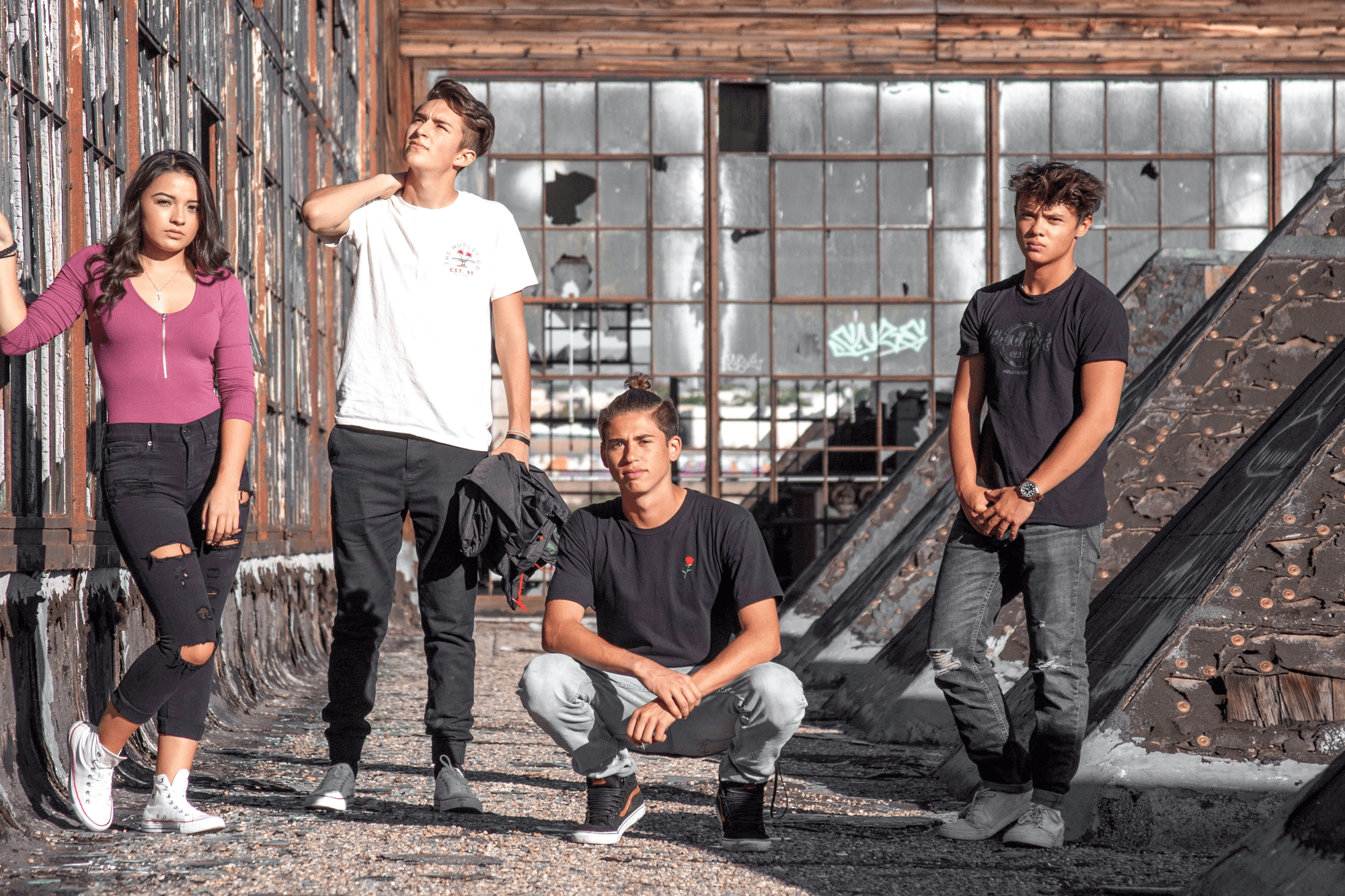 Gen Z is growing up on social media, and they feel right at home there. While some aspire to be influencers, others just naturally fall into it by sharing their talents, personality, views on life or social causes. Brands that want to reach Gen Z will need to rely on influencer marketing that is genuine and transparent. The following list of top Gen Z influencers can help you do just that. 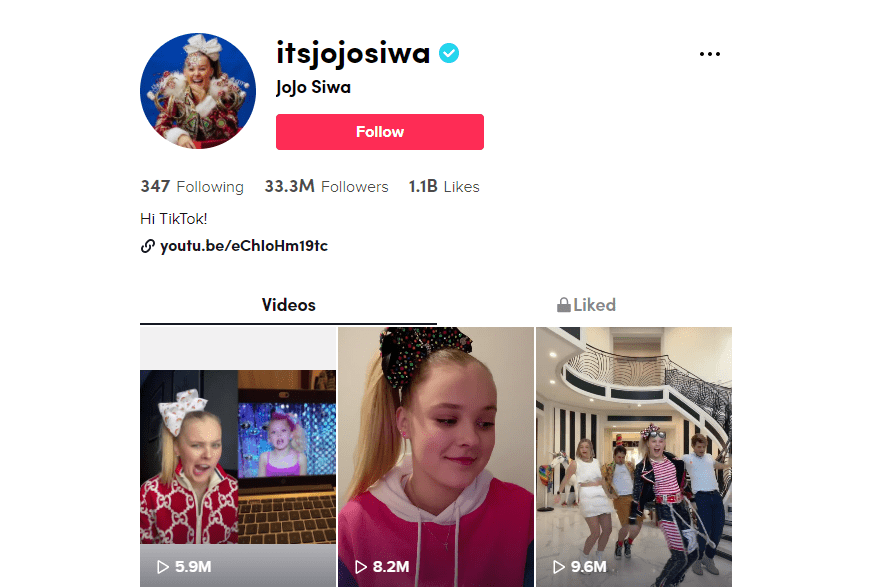 There’s hardly a social media platform that this teen influencer is not crushing, but having over 33M followers on TikTok nearly eclipses her 12M subscribers on YouTube. Jojo Siwa is a singer, dancer, author and all-around entertainer known for her empowering, positive and uplifting personality — and oversized colorful hair bows. She appeals largely to young girls, which means brands that target their parents have a huge audience with Jojo.

La Divaza is a Venezuelan singer and YouTuber with over 10M subscribers on the platform, as well as millions of followers on Instagram, Twitter and Facebook. Partnering with him would expose your brand to a young Spanish-speaking audience, especially those interested in fashion, makeup, pop culture and keeping up with the latest trends. La Divaza — aka Pedro Alvarez — has a flamboyant, honest, often comical style that resonates with his audience. 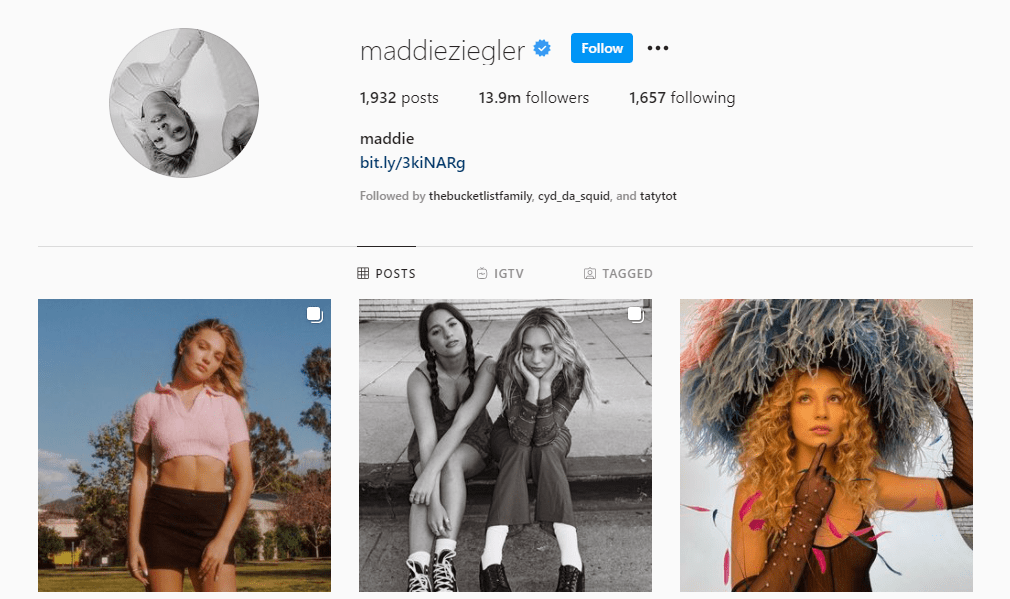 This professional dancer, actress, model and author began her career at age 8 with a role in Lifetime’s “Dance Moms.” Time magazine dubbed Maddie Ziegler among the 30 most influential teens in 2015, 2016 and 2017. Her fans follow her on YouTube, Instagram, Twitter, TikTok and Facebook, but her largest following is on Instagram. Ziegler and Morphe Brushes have collaborated to create a line of cosmetics under her name. Additional collabs include Kate Spade fragrances, Fabletics sportswear and Capezio dancewear. 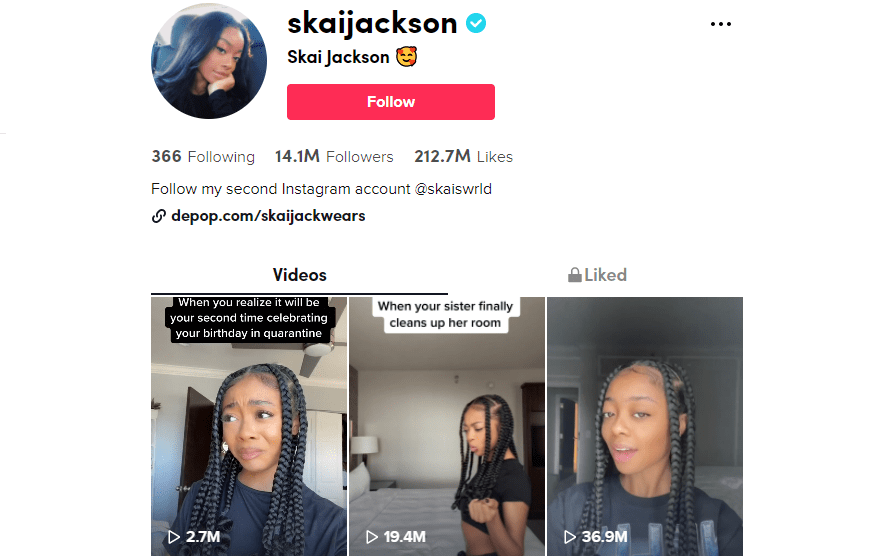 Speaking of most influential teens, Skai Jackson also made Time’s list in 2016. She’s been acting since the age of 5 and has a large TikTok following of over 14 million as well as plenty of fans on YouTube, Instagram and Twitter. Fashion and makeup brands are a good fit for collaborating with Jackson. Brands that have a message to empower women — especially young black women — and promote self-acceptance would find this Gen Z influencer a good fit too. She is an anti-bullying activist as well as an author of a book for teens and tweens on empowerment and inspiration. 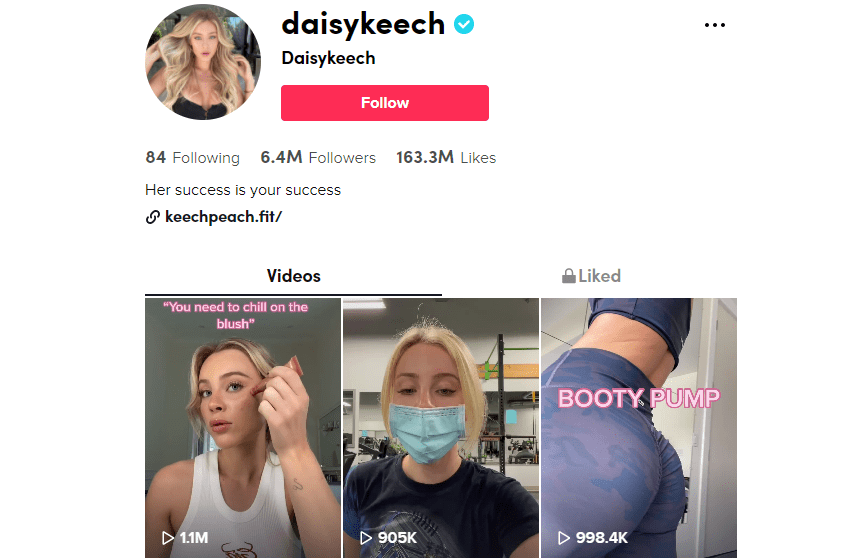 Daisy Keech is a fitness influencer and model who shares workout videos and beauty tips on YouTube and Instagram, with TikTok being her most followed channel. Brands targeting women and young women can find a large audience by partnering with this mega-influencer. Brands promoting fitness, health and wellness — including mental health — are a good match for partnering with Keech.

Like her contemporary Maddie Ziegler, Chloe Lukasiak is best known for her role in “Dance Moms.” She’s gained an audience of millions on Instagram as well as a large following on YouTube. Lukasiak is a dancer, writer, actress, producer and model. She has separate Instagram accounts to post her writing as well as host a book club. Lukasiak shares content on adulting and frequently includes inspirational, empowering quotes in her Instagram posts. 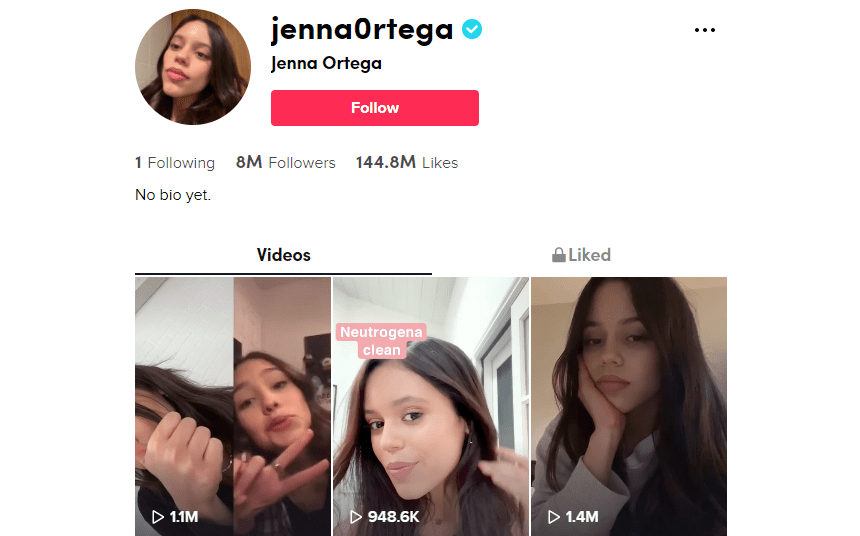 Jenna Ortega is a young influencer who stays actively engaged in bringing awareness to social issues. She’s been acting since age 9 in award-winning roles for the Disney Channel, Netflix and the CW Television Network. Jenna’s most-followed social media channels are TikTok and Instagram, where she posts lifestyle content. She’s also an author, sharing her inspirational messages of faith, love and family in “It’s All Love.” 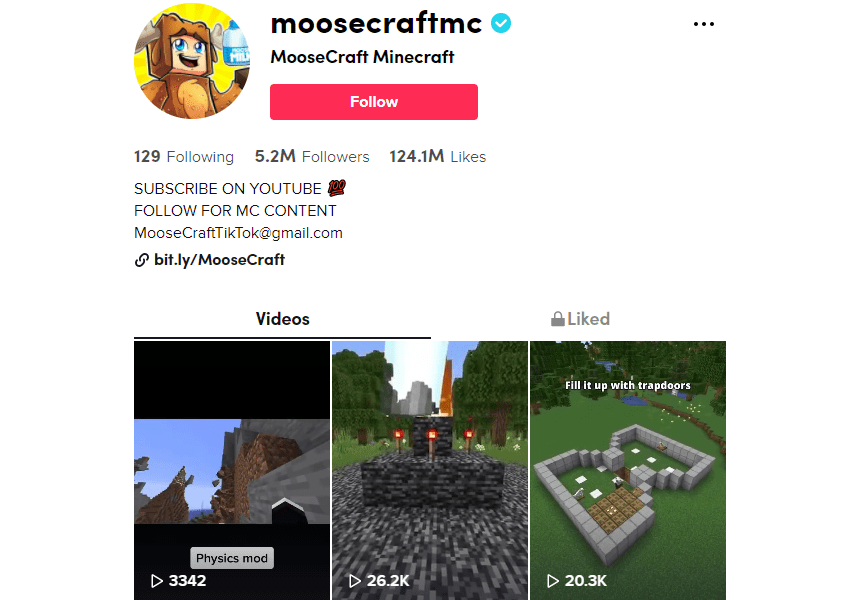 Better known as Moosecraft, George Millar is a gamer who plays mainly Minecraft and uploads content to YouTube. He also maintains multiple YouTube channels with other gaming, lifestyle and variety content. Despite his young age, he’s an entrepreneur and investor who helps influencers and brands grow their social media presence, according to his Twitter. His audience loves his upbeat personality, fun hacks and comical commentary. Brands can partner with Moosecraft to reach their audience on Instagram and Twitter, but his largest following is on Tiktok. 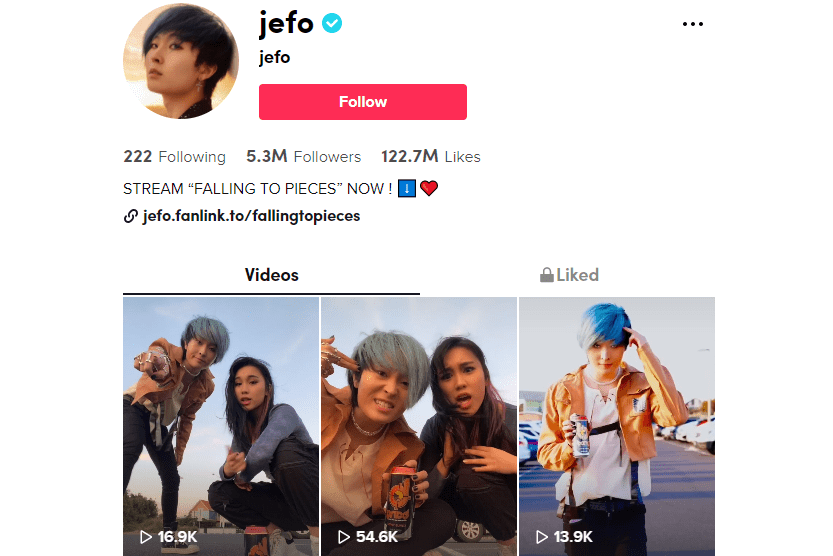 Jefo is the name Jeffrey Yang uses as his social media handle, including on Instagram, YouTube and TikTok. His largest following is on the latter platform. Jefo is a singer, dancer and entertainer, creating prank videos and anime content. Jefo and his influencer collaborators focus on spreading messages of positivity and fun as well as some wacky and entertaining content. Jefo appeals to Gen Z in general, especially Kpop lovers. 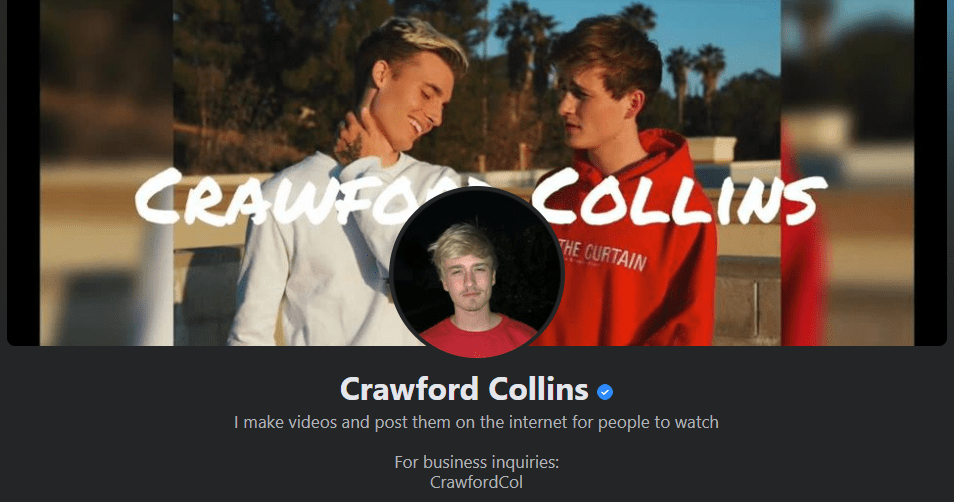 Crawford Collins is an actor, vlogger and content creator on Twitch and YouTube. He has just over a million followers on Facebook, Instagram, TikTok and Twitter each. His personality is fun as well as generous and kind, intent on spreading positivity. From 2015 to 2017, he was appointed to be one of the Youth Ambassadors for UN International Day of Peace, along with several other Gen Z influencers. Brands who are looking for an ambassador with family values and a quirky sense of humor find a good match in Collins.

Enroll in a Community College to Grow Your Career