The research done to date on the effects of weight training on cyclists has brought mixed results. The study done by Ben Hurley at the 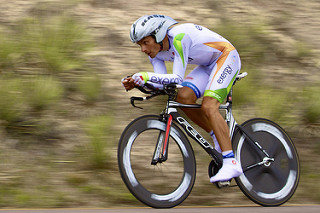 University of Maryland had 10 healthy men take up strength training (bench presses, hip flexions, knee extensions, knee flexions, press-ups, leg presses, lat pulldowns, arm curls, parallel squats, and bent-knee sit-ups) for 12 weeks, while eight other healthy men served as controls. After 12 weeks, the strength-trained men improved their endurance while cycling at an intensity of 75 per cent V02max by 33 per cent and also lifted lactate threshold (the single best predictor of endurance performance) by 12 per cent.

However, these men were untrained prior to the study and did not carry out regular cycling workouts during the research, so the applicability of these findings to serious athletes is questionable

Looking Behind the Headlines

The study carried out by R. C. Hickson and his colleagues at the University of Illinois at Chicago was considerably more practical. In that investigation, eight experienced cyclists added three days per week of strength training to their regular endurance routines over a 10-week period. The strength training was incredibly simple, focusing on parallel squats (five sets of five reps per workout), knee extensions (three sets of five reps), knee flexions (3 x 5), and toe raises (3 x 25), all with fairly heavy resistance. The only progression utilized in the program involved the amount of resistance, which increased steadily as strength improved. 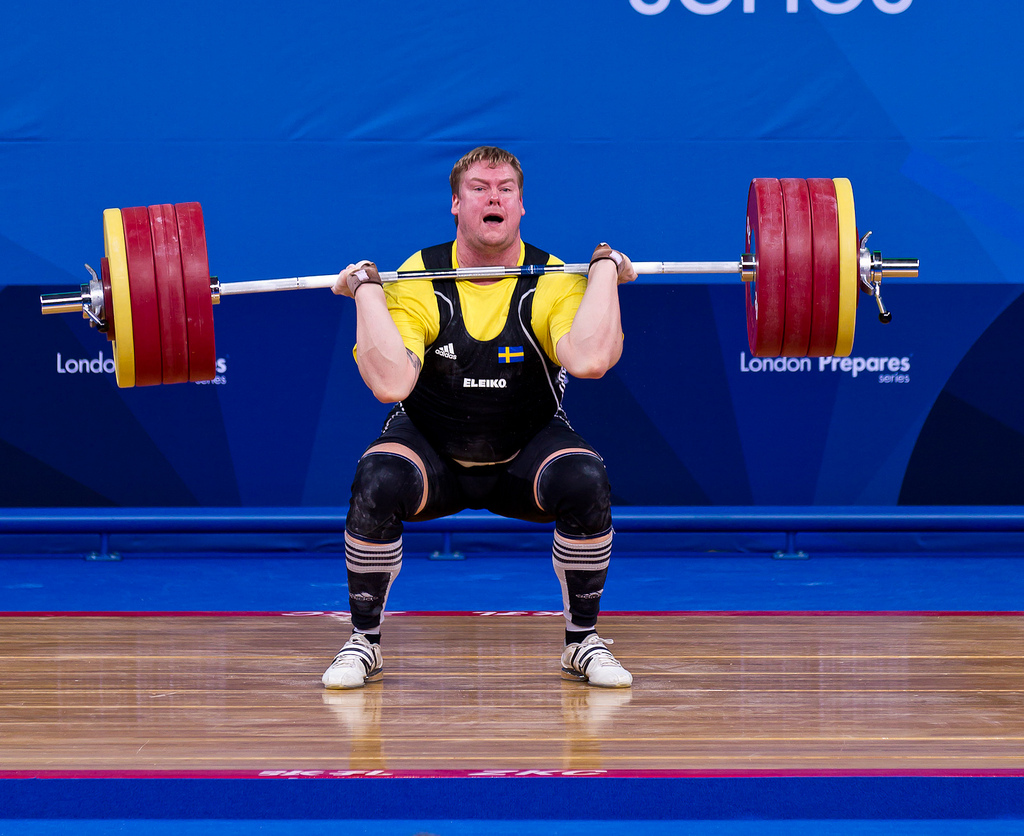 Lifting heavy weights greatly improves strength, but when is this appropriate for endurance cyclists?

Nonetheless, the strength training had a profoundly positive impact on cycling performance. After 10 weeks, the cyclists improved their ‘short-term endurance’ (their ability to continue working at a very high intensity) by about 11 per cent, and they also expanded the amount of time they could pedal at an intensity of 80% V02max from 71 to 85 minutes, about a 20-per cent upgrade.

On the negative side, we have research, carried out by James Home and his colleagues at the University of Cape Town in South Africa, seven endurance cyclists who averaged about 200 kilometers of cycling per week incorporated three strength training sessions into their normal routine. The strength program was relatively unsophisticated, consisting of three sets of up to eight repetitions of hamstring curls, leg presses, and quadriceps extensions using fairly heavy resistance.

After six weeks, the strength training had produced rather impressive gains in strength (the gains averaged a bit more than 20 per cent). However, actual cycling performances were not improved; in fact, they were worse than before the strength training was undertaken! 40-K race times slowed from 59 to 62 minutes, and the strength-trained cyclists complained of feeling ‘heavy’ and tired during their workouts.

Why did Hickson’s study uncover clear advantages associated with strength training for cyclists, while Home’s work revealed the reverse?

Making Sense of the Results 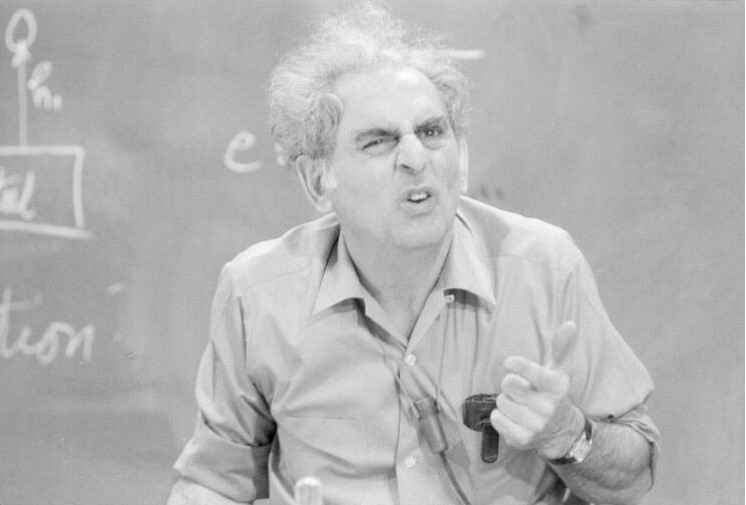 It seems quite likely that the strength training carried out by Hickson’s charges improved fatigue resistance in their muscles, permitting them to persist longer both during high-intensity tests of endurance and prolonged efforts at a submaximal (80% V02max) intensity. Meanwhile, it’s likely that Home’s added strength training sent his athletes into the overtrained – or at least ‘stale’ – state. The feelings of fatigue which originated shortly after the beginning of strength training suggests that the athletes were simply doing too much work.

Home’s cyclists were averaging 200km of weekly riding when they started their strength training, while Hickson’s athletes were logging considerably less, so one might be tempted to suggest that strength training can produce major benefits for low-mileage cyclists but does much less for experienced, higher mileage competitors who have already built up considerable strength merely by riding. That certainly wouldn’t be an unreasonable thought, but it doesn’t explain why strength training per se would actually slow down endurance performances, as it seemed to do for Home’s performers (no other study has shown this).

It‘s been known for a long time that high-force weights workouts produce a lot of muscle damage. Indeed, this is intentional as it is the stimulus that leads to strength and performance gains during recovery. The trick is to allow the right amount of recovery before doing the next workout. The above studies were simplistic, in that they applied high-force workouts throughout the course of the study and did not adapt the weights workload to work in with and take account of the riders’ total workload. They steadily added more weight as strength improved. With a relatively high riding volume it highly likely that adding heavy weights three times weekly to the schedule on top of the existing load allowed insufficient recovery and rebuild time. 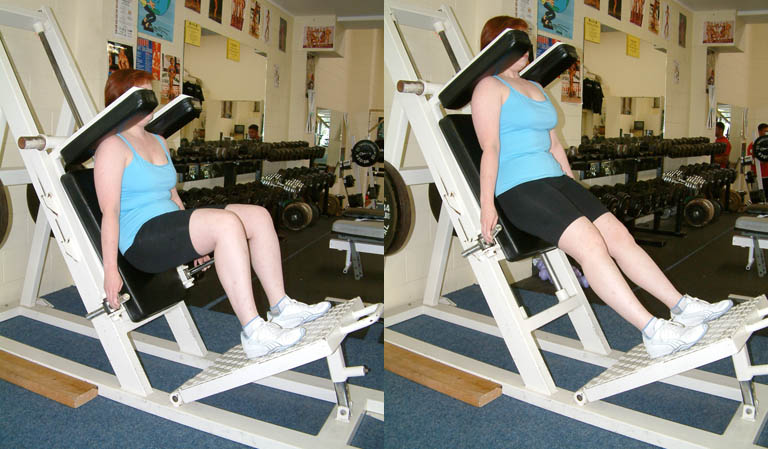 Start weight training with light loads to get the tendons prepared for the more serious training to come. This is called the Anatomical Adaptation phase.

Another issue that was not kept controlled in the studies was nutrition and supplementation which also would have a major impact. It is my personal feeling that weight training is advantageous in almost all sports when done properly and paired with the correct nutrition.

The above conflict also shows that relying on individual studies is a fraught exercise – issues like what controls were used, the attributes of the group being tested, the testing methodology all have an impact on the outcome, and simply relying on the headline can lead you to the wrong answer.

Periodization is the Key

Advances in the application and understanding of variation of workload intensity and volume throughout the season (known as”periodization”) pioneered by Cold War era Russian physiologist Leo Matveyev and introduced to the West by Romanian sports scientist Tudor M Bompa, point to significant benefits from similarly varying the weights workload throughout the season.

The philosophy is based on organising training into cycles that allow the body to recover from training stress, keeping it in the adaptation phase and preventing it from going into exhaustion and overtraining.

After a period of preparation, “training to be able to train” if you will, the use of heavy weights earlier in the season when the volume of riding is lower leads to useful strength gains for when the rider needs to apply a lot of force to the pedals (sprinting on the road, negotiating obstacles and short steep climbs on a mountain bike or crosser). 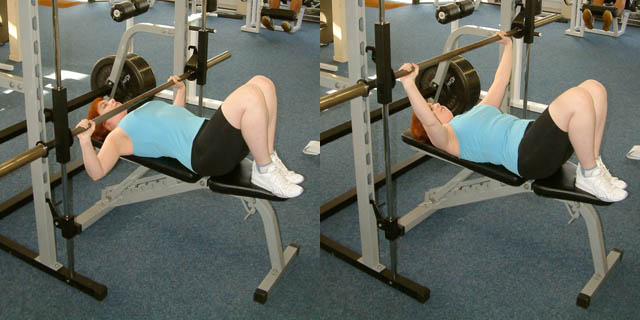 Start light with any new exercises to avoid injury

Periodization is sometimes criticised because of the loss of fitness attributes while not working on them. However,  it should not be treated as either/or, but both/and. After a period of focus on a particular fitness attribute such as strength, it can be maintained through a lower “maintenance” workload while turning attention to other aspects of your fitness.

The strength gains can then be maintained as the season progresses and the riding volume increases, by cutting back from 2 or 3 weights sessions a week to just one, and cutting back the on the number of sets. This reduces fatigue and “dead legs”, avoiding the performance loss experienced by Home’s athletes, while keeping most of the performance gains created during the “maximum strength” phase. 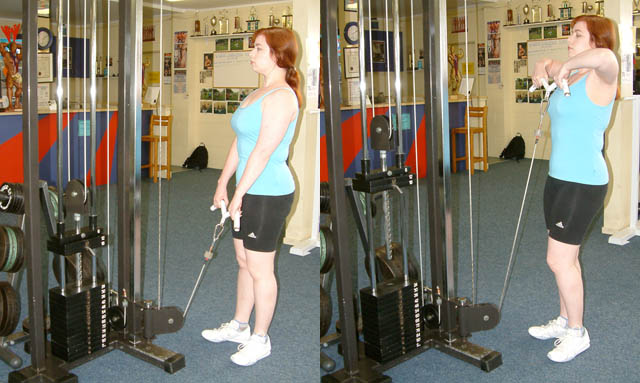 Strong and flexible muscles are less prone to injury than weak and stiff muscles, so stretching is a vital inclusion with any strength workout. The weak point is the attachment point to the tendon, so improving the ability to handle load can significantly reduce the risk of injury from sudden efforts such as sprinting or staying with the bunch up pinch climbs. 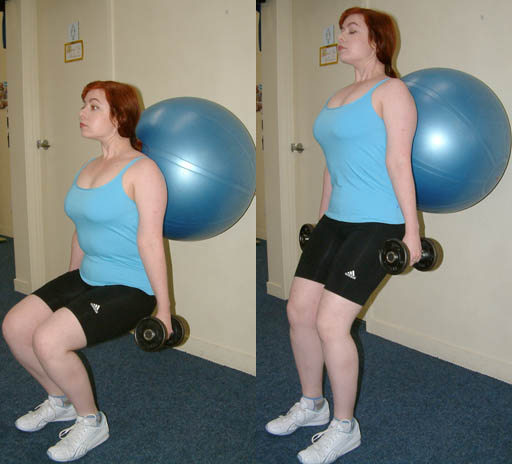 Strength training also has potential to improve muscle imbalances caused by repetitive activity through a restricted range of motion, which are common in cycling. Overdevelopment of the outer quads relative to the medial quads above and inside the knee can lead to kneecap tracking and iliotibial band friction issues. Isolation exercises to strengthen the medial quads will reduce the risk of these occurring. Upper body exercises balance the stereotypical strong legs and weak arms, helping with bike control and life in general.

Using multijoint exercises that mimic the movements involved in cycling achieve the best outcomes, especially when they include the core, as the core performs the function of a chassis transmitting force between the legs when pedaling and between the lower and upper body when handling the bike. A weak chassis means that motive power is lost and bike handling is compromised. It also helps achieve the goal of working multiple areas and reducing the number of exercises, as we all have limits on our available time.

A properly designed strength training program’s sole purpose is to improve your performance on the bike and will not give you big muscles. Nor will it improve your attractiveness to potential romantic interests!

You have Successfully Subscribed!

A Beginner's Guide to Biking (Cycling for Fitness)