The respiratory system functions play a crucial role in delivering oxygen to the cells of our body. The cells of the body require a continuous supply of oxygen; without this oxygen, we would die within minutes.

The upper respiratory system consists of the organs located above the thorax. 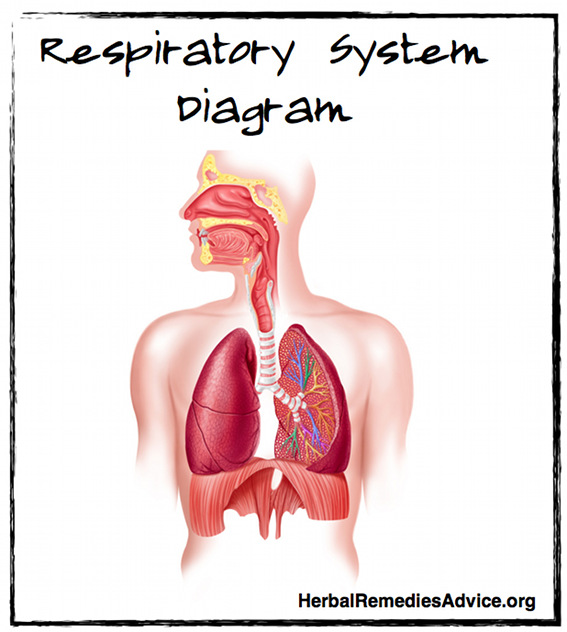 Bones and cartilage support the protruding portion of the nose, which is made up of connective tissue and skin. The nostrils, which form two external passages, are lined with hairs that help to filter out large particles in the air. The nostrils open up into the nasal cavity. The nasal cavity is separated from the mouth by the hard and soft palettes. It is lined with ciliated columnar epithelium and cells within these structures produce mucous that line the upper respiratory system. This mucous is an important defense mechanism of our immune system as it traps airborne particles, including pathogens. The cilia move the mucous with the entrapped particles to the throat where it is swallowed. Gastric juices from the stomach then kill most micro-organisms.

More commonly called the throat, the pharynx is a short tube that extends from behind the nasal cavity to the larynx and esophagus. It is a muscular wall that is lined with mucosal tissue. The tonsils, which contribute to the immune system, are located within the pharynx.

The larynx consists of cartilaginous tissues. It connects the pharynx to the trachea and the esophagus. The larynx houses the vocal chords whose vibrations produce the sounds of speech.

When swallowing, muscles lift the larynx, which causes the epiglottis to fold over and cover the opening to the trachea, which leads to the lungs. If food, water, or other particles somehow breach the trachea, a strong coughing reflex is produced that will expel the materials.

The trachea, commonly known as the windpipe, is a tube that connects the larynx to the bronchial tree and allows for inhaled air to proceed to the lungs and exhaled air to leave the body. Cartilaginous rings support the trachea and hold it open despite the changing air pressure within this tube.

The trachea is lined with the same ciliated mucous membranes that we find in the rest of the respiratory system. It also traps airborne particles and then transports the mucous upwards towards the pharynx where it is swallowed and proceeds to go down the esophagus.

The trachea splits into two sections at about the mid-chest to form the left and right primary bronchi.

The term bronchial tree refers to a series of structures within the lungs that actually resembles a tree! I find this incredibly fascinating. Trees transform CO2 into oxygen. Humans transform oxygen to CO2, and the human organ for performing this process looks like a tree!

As these branches become tubules they are called bronchioles.

Bronchioles continue to branch until finally leading to microscopic alveolar ducts that then terminate in alveoli. Back to our image of a tree, the primary bronchi is similar to the trunk of a tree, the secondary bronchi are the main branches, which then become smaller branches and, finally, leaves.

There are 300 million alveoli in each lung. They resemble a grape cluster on a vine and have a surface area of 75 square meters. A capillary network surrounds each alveolus.

The alveoli perform the magical task of infusing blood with oxygen, while removing excess CO2 from the body. This chemical process takes place between the alveoli membranes and the rich capillary network that surround them. 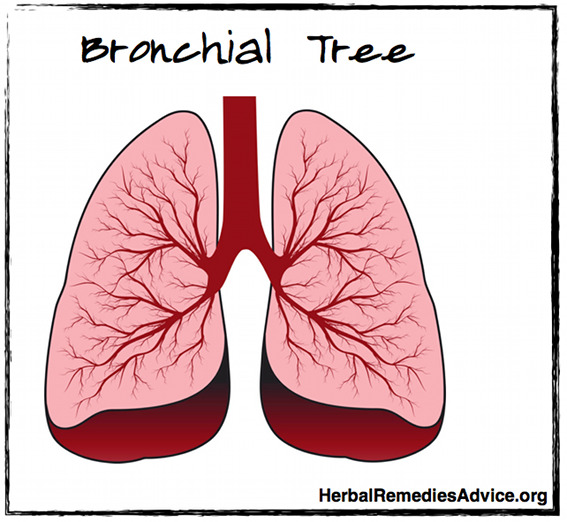 The lungs are two large organs that fill much of the rib cage. The right lung is slightly larger than the left and is made up of three lobes. The smaller left lung is made up of two lobes.

The lungs are primarily made up of connective tissue, which gives them their soft and spongy texture. They also consist of blood, lymphatic tissue, air passageways, and alveoli.

Physiology of the Respiratory System Overview

Here’s an overview of the breathing process.

Air is inhaled through the nose and or mouth and travels down a series of tubes including the pharynx and trachea until it reaches the bronchi and finally down to the microscopic aveloi.

At the membrane surface of each alveolus, a gas exchange between oxygen and CO2 takes place. The oxygen enters in the blood stream and binds to red blood cells while the CO2 is expelled back out of the respiratory system and exhaled into the atmosphere.

Inspiration – The act of inhalation

We breathe about 5,000 times a day or about 15 to 20 times each minute. With each inhalation the muscles of respiration contract. When the diaphragm -a flat skeletal muscle tissue at the base of the rib cage- contracts, it flattens and creates more space in the thoracic cavity for the lungs to expand. Concurrently, the external intercostals elevate the ribs and sternum, creating even more space for lung expansion.

This expansion of the lungs increases the volume of internal air passageways, which then means that the air pressure inside the lungs decreases below the air pressure of the air outside the body. This change in air pressure causes the atmospheric air to rush into the lungs, because gas likes to move from regions of high pressure to low pressure.

Expiration – The act of exhaling

With each exhalation the diaphragm and external intercostal muscles relax. This causes the elastic fibers in lung tissue to recoil to their original volume. Air pressure is now reversed and so the air rushes out. During times of rapid breathing such as exercising, exhaling is further facilitated by the intercostals muscles and the abdominal muscles contracting.

When we draw in a breath, we share that air with all other human beings and all other life on our planet. Through respiration, our oneness with trees becomes a manifest fact, and our communion with the oceans has immediate impact. The reality of the planetary whole reveals itself, with implication for all human life, through the circulation of the gases and energy of the atmosphere. This vision underlies holistic healing as much as it does ecology. The anatomy and physiology of the respiratory system is a complex and beautiful embodiment of integration and wholeness.
-David Hoffman, Herbalist

Which Is Better for Your Heart?