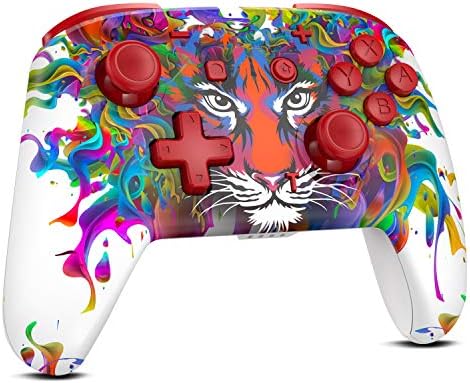 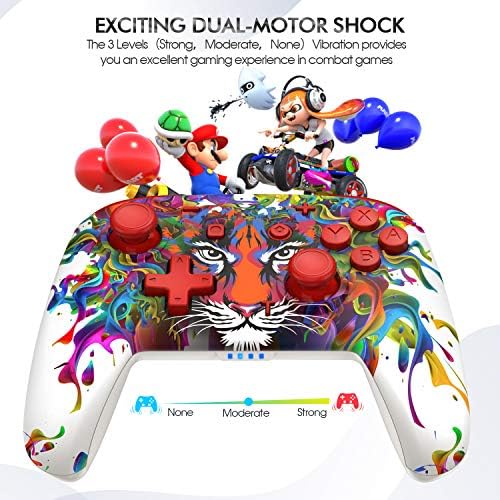 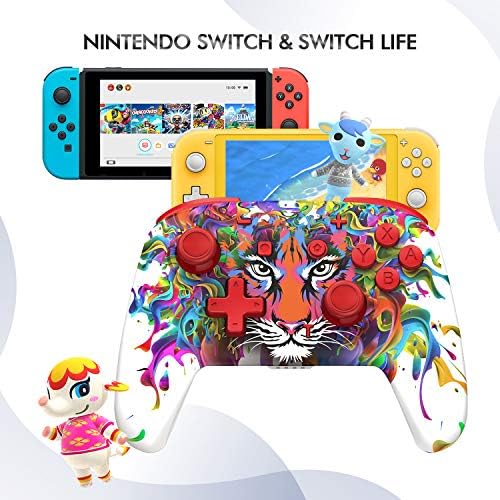 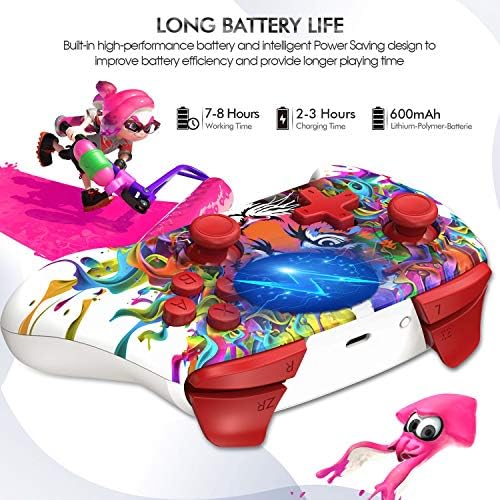 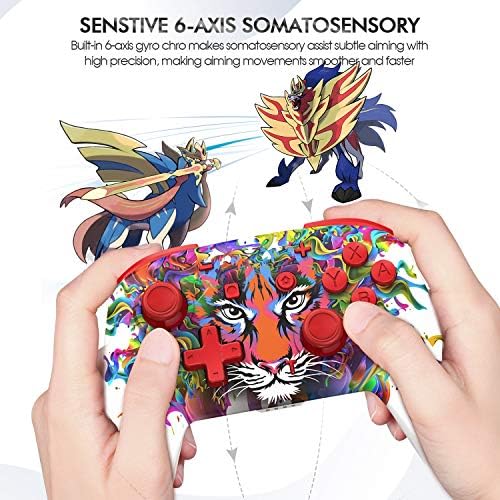 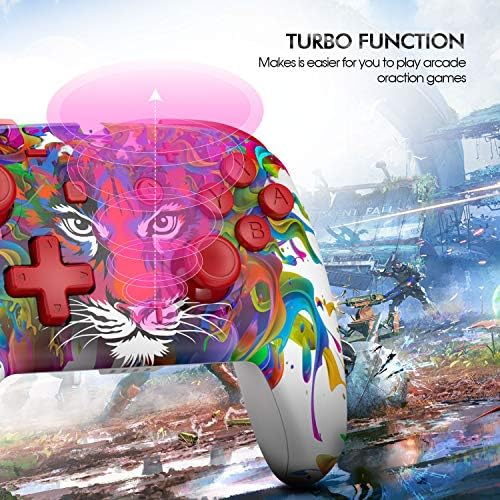 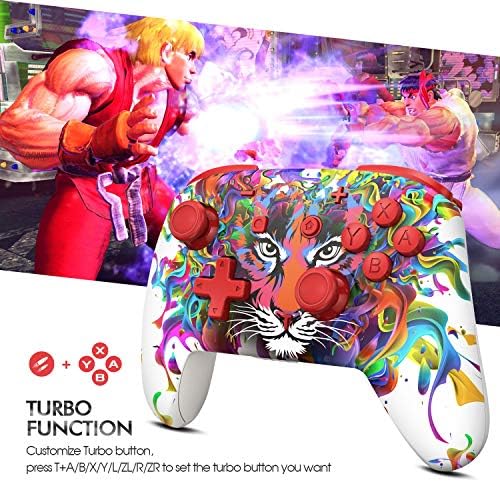 This wireless controller for switch work with nintendo Switch/Lite and Windows PC. Connects via Bluetooth to Switch, connects via cable to PC.
Xbox 360/ Xbox One/ Mac/ IOS/TV Box are not supported.

This Controller is compatible with many games of switch, it’s also compatible with windows PC.
With the built in 6-Axis Gyro,Dual vibration and Turbo, the wireless controller is the best alternative for Switch Pro Controller. You could have an impressive experience when playing games.
Built-in 600mAh lithium battery, working for around 8h after fully charged.
It can be used normally even during charging.
Ergonomic design and light weight construction make it perfect to fit human hands.
Support screenshot and storage function.

What’s in the package?

✦【Wide Compatibility】The controller for switch supports all models of switch, switch Lite and it can also be connected to a computer via wired, supporting Windows XP/10/7/8/8.1 systems. Xbox 360/ Xbox One/ Mac/ IOS are not supported.
✦【High-end Solution】This wireless game controller adopts a well-known solution, with stable signal, strong anti-interference, long connection distance, and no delay.
✦【Double Vibration】Built-in asymmetrical double-vibration somatosensory motor to simulate real experience of collision, vibration, shooting and other scenes in the game.
✦【Support Six-axis】The wireless gamepad has a built-in six-axis gyroscope, which can control the game operation by swinging the handle, making the game more enjoyable.
✦【Burst Function】This wireless controller can customize the burst function according to your needs, free your fingers and instantly become a game master.