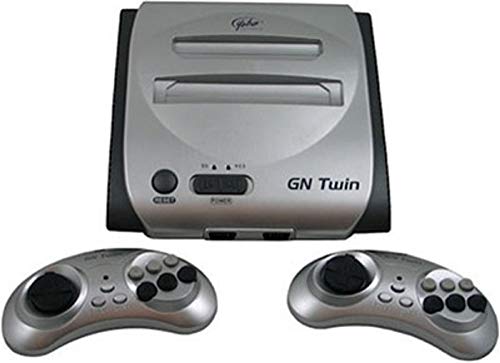 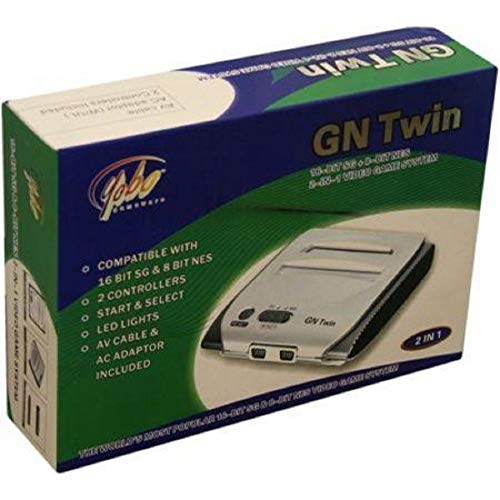 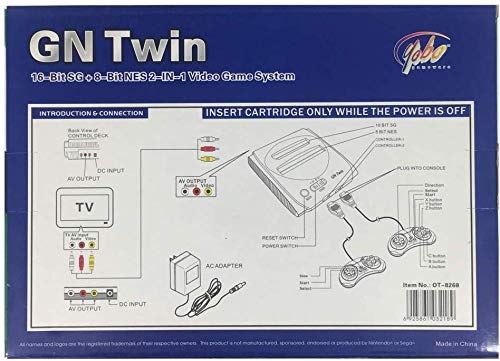 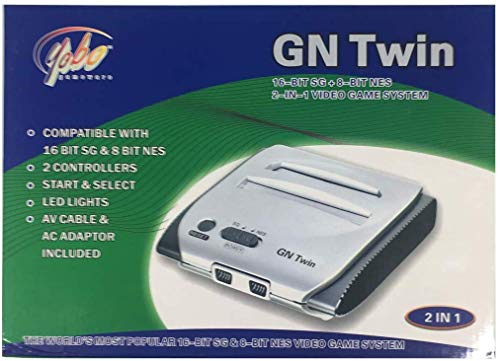 Yobo GN Twin 2-In-1 Video Game System. One of the greatest Retro Classical Legacy gaming system The GN Twin is a video game console that will play both Sega Mega Drive and Nintendo Entertainment System games. Unfortunately unlike many clone consoles, the GN Twin is incompatible with any of Sega’s add-ons, including the Sega Mega-CD, Sega 32X and Power Base Converter. Like the Gen-X Dual Station, it has a switch to play Japanese Mega Drive games as well as North American Genesis ones, however it cannot play Nintendo Famicom games. Oddly Mega Drive games go in backwards, facing away from the user when inserted. The GN Twin comes in black/silver and silver/grey variations. Compatibility is not perfect and like many Mega Drive “consoles on a chip” the sound is slightly-off. The console as a whole has been made inferior by Yobo’s later product, the Yobo FC3 Plus.