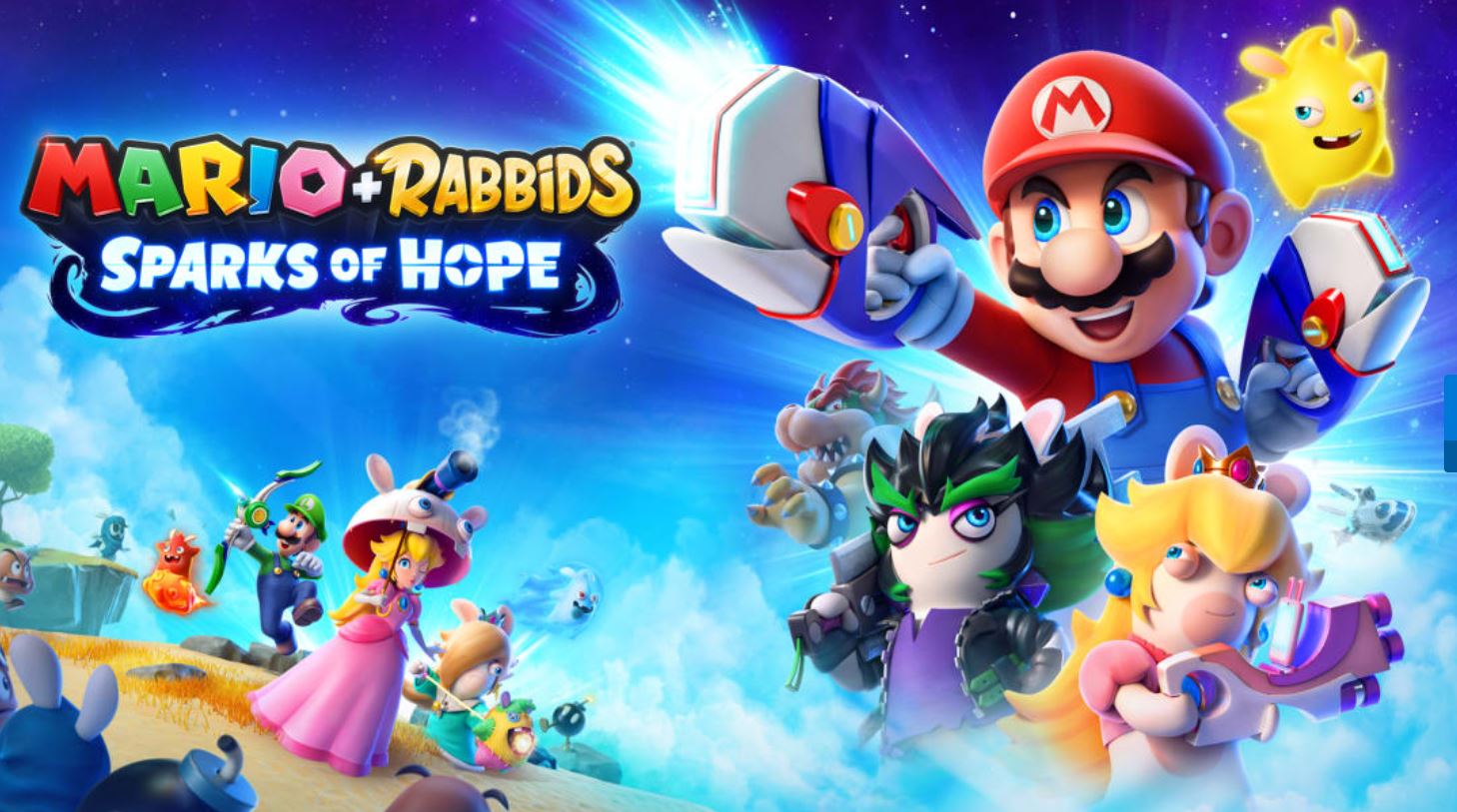 Mario + Rabbids Sparks of Hope was revealed today at E3 during the Ubisoft Forward showcase. The crossover strategy game will arrive on Nintendo Switch in 2022.

During Ubisoft Forward, we saw a cinematic trailer followed by pre-alpha gameplay footage. For those who missed it, Mario + Rabbids Kingdom Battle was released in 2017 to critical acclaim. The turn-based strategy game sees you play as Mario as he attempts to save the Mushroom Kingdom from a mishap caused by a group of Rabbids.

In the trailer for Mario + Rabbids Sparks of Hope, we see our favorite characters, including Mario, Luigi, Peach, and the adorable Rabbits, on a spaceship when an anomaly is detected.

The team goes out in search of their enemy but this time, the entire galaxy needs to be saved, not just the Mushroom Kingdom. Cursa, a large purple octopus-shaped creature, closes the trailer as the main enemy in the game. Don’t worry though, because Sparks, cute star-shaped yellow creatures (Rabbid versions of Super Mario Galaxy’s Lumas), will provide their powers to help you save the universe. Also joining the team of nine (not everyone has been announced yet) is Rabbids Rosalina.

Why the Return to the Office Will Strengthen Unified Communications Tools