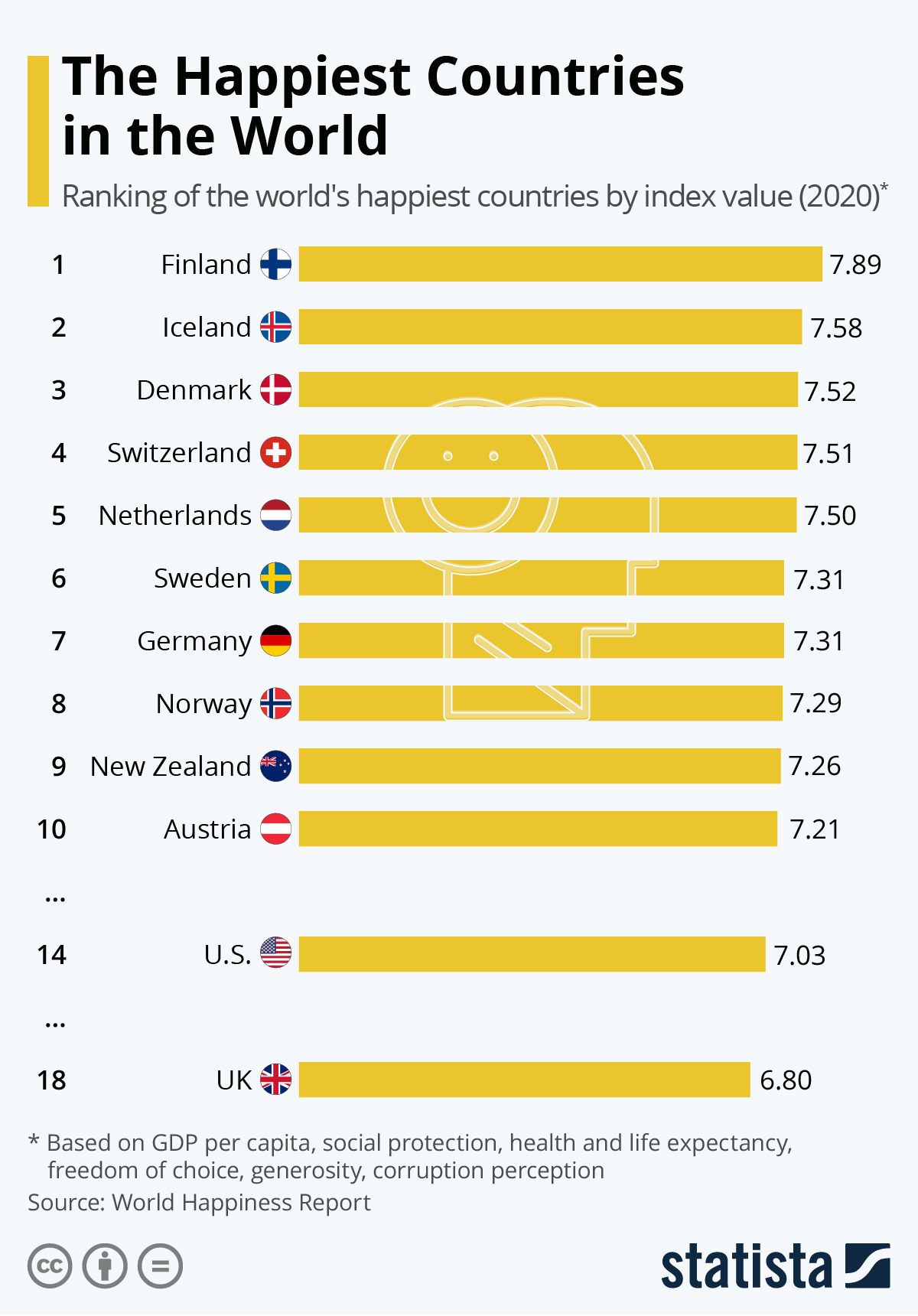 Iceland, at No.2, was the third in the world’s three happiest countries in the study based on Gallup surveys and developmental indicators.

New Zealand is now the only non-European countries to make it into the top 10 of the happiest countries as Canada sank to rank 15.

Israel became the second highest ranking country outside of Europe in 11th place, while Taiwan scored highest in Asia (rank 19).

The best-scoring African country was Nigeria at No. 59.