Get the All NEW Raspberry Pi PoE+ HAT for $20


If you start a project on your favorite SBC in the market, Raspberry Pi, then you want fewer cables to run around the hardware. When you power the Raspberry Pi, you also require a separate ethernet connection that makes it two cables running across the hardware, making it look cumbersome. To solve this issue, we first saw the PoE HAT released a couple of years ago by the Raspberry Pi Foundation that makes this easy and simpler by combining both the cables into one. Now with this HAT, you can power the SBC over the ethernet. If we have one official PoE HAT in the market, why do we need yet another one? Let’s say you want to deliver more power than 20 watts, then the normal PoE HAT doesn’t support this due to the operation of only 802.3af.

The all-new PoE+ HAT comes with the support for 802.3af as well as 802.3at. Now, if you wonder why so much power is required, think of a device like a camera or a video IP phone, then in such cases, PoE HAT doesn’t work. But if you only plan to use Wi-Fi, then the predecessor can be a good option. However, due to the same pricing, it does not really matter in terms of cost. Another change that comes with this hardware is to reduce heat dissipation.

“We replaced the diode rectifier with an “ideal diode” rectifier, in the form of a Microchip PD70224ILQ device,” 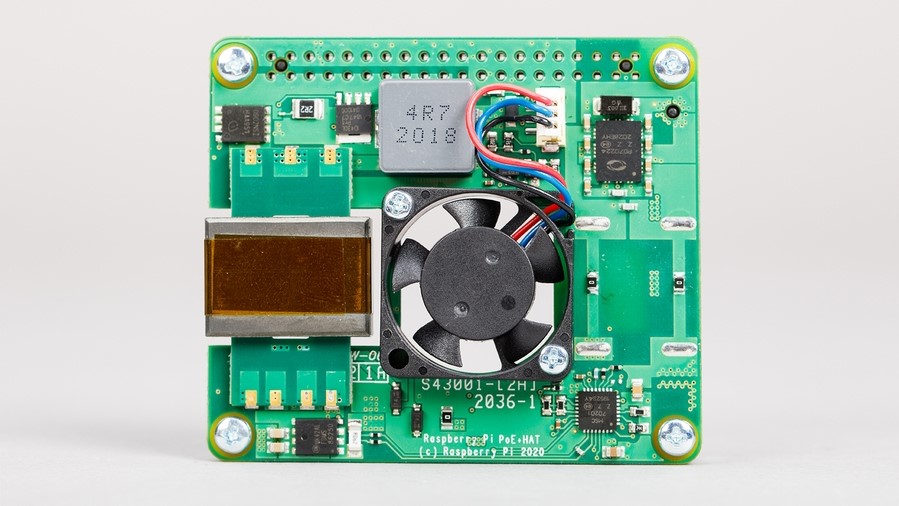 If you buy this PoE+ HAT, then you don’t need to make any changes to the main controller board, in this case, Raspberry Pi 3B+ and 4B other than updating the Pi’s software. The fan that sits on top of the HAT is controlled by the I2C connection with Raspberry Pi and works automatically depending on the temperature of the processor. The same pricing as the predecessor of $20 makes it one of the best options if you need PoE+ HAT for your Raspberry Pi-based projects. Depending on where you live, the availability of the board varies, but for those living in the US, SparkFun is up for pre-orders but with no estimated shipping date. It would be interesting to see camera-based projects on your Raspberry Pi using this PoE+ HAT.

What Dreams About Falling Mean, According To Experts