Continuing the series on how and why our formulations were put together as they were. Today, we focus in on Spartan Formula. 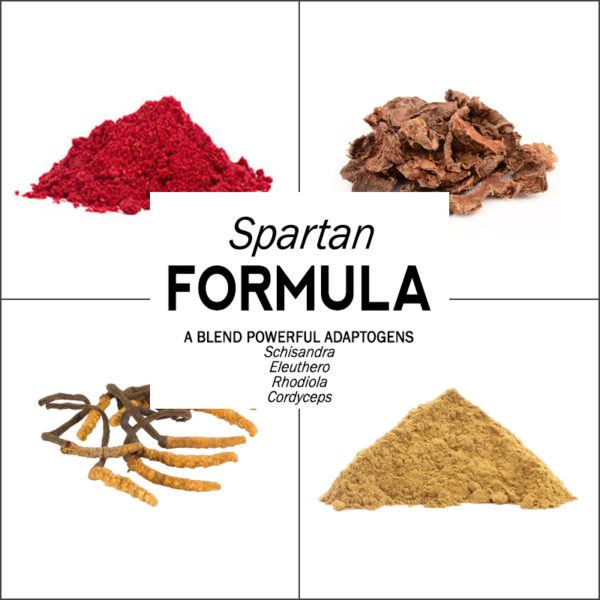 The idea of this formula was spawned from reading a research paper, “Stimulating effect of adaptogens: an overview with particular reference to their efficacy following single dose administration.”

This paper covered the effects of three of the four ingredients, Schisandra, Rhodiola and Eleuthero, showing how even a single dose could exhibit changes.

How’s that for performance herbalism?

Specifically, this chart popped out. 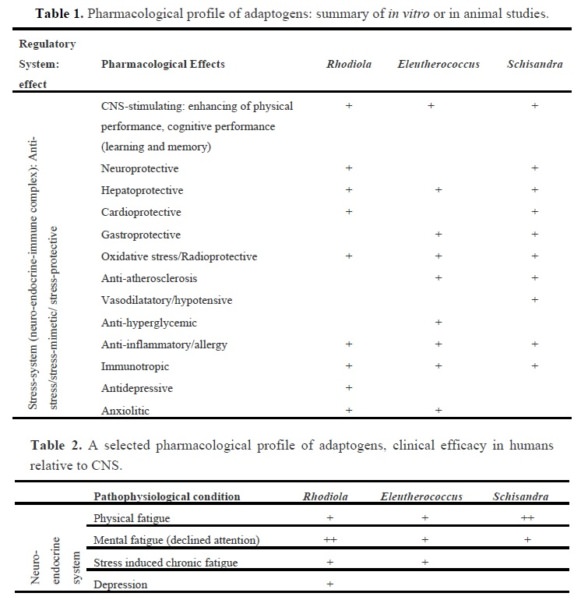 It showed that these adaptogens had lots of cross-over, but also some different effects.

We thought, if one adaptogen is good, why not combine several?

In addition to the three covered here, we were big fans of Cordyceps and had that available too.

That’s why we call it Spartan Broad Spectrum Adaptogenic Formula.

While you may be able to find the adaptogen that works best for you, this is here to give you a blend of four of the best.

And it has been quite popular because of these actions:

“Helps keep my momentum up and helps me bounce back when I’m juggling work, Kids and heavy training”
– Joel

“Noticeable improvement in my ability to get through back to back 16 hr shifts and tolerate continuous overtime in a prison environment. Solid product and grateful to have it!”
– Brandon

“I tried Spartan first before I ordered any other herbs because it really seemed to cover everything I was looking for. I LOVED IT. So much more energy without a shaky feeling or over whelmed feeling. Also felt so much less stress and a clearer mind when at work. I ordered the Athena herb this past time to see if maybe this was better for a female, while it is good I must be honest that the Spartan worked better for me. So I will absolutely be ordering again! So glad I tried it.”
– Lorose

Many feel the energy from it right away. I know plenty of people that like this one as a pre-workout formula.

Regarding its energetics the warmness of Schisandra, Eleuthero and Cordyceps will be balancing to Rhodiola’s strong Cold action. Many of the adaptogens are both yin and yang and so is this formula.

So those are fairly balanced. But this is a very dry formula. That’s one area it may be imbalanced and not work for some. (Or even better for some that tend towards wetness constitutionally.)

Logan Christopher is co-founder and CEO of Lost Empire Herbs, which aims to bring performance herbalism into everyday people’s lives. He started studying plants and fungi as a result of his interest in peak performance and strength training. This includes performing feats of strength such as pulling an 8,800 lb. firetruck by his hair, supporting half a ton on top of himself in a wrestler’s bridge position, and routinely ripping decks of cards in half with his bare hands. After visiting the Amazon rainforest, he received a calling to be an “Emissary of Nature” and thus bring humankind back into alignment with nature for health and well-being. You can read more about this in his book Powered By Nature.

Standing Beneath the Night Sky