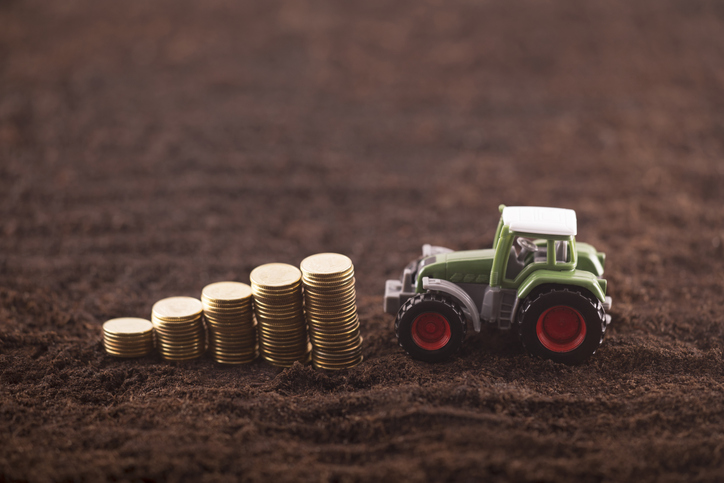 “The food industry has the potential to make the largest impact of all industries on climate,”​ and be rewarded financially for their efforts, Nicolas McCoy, managing director at Whipstitch Capital, said this week at virtual Expo West.

But to do so, he explained, the industry will need to tap into outside investment because even though food accounts for about 25% of the global emissions by supply chain – more than any other industry – it has the lowest net income per ton of emissions by industry, coming in about a third lower than all fast moving consumer goods, and roughly a quarter of electronics and fashion.

Luckily, he noted, investment in ESG funds across fund-types has increased 10-fold in the past two years with flows growing from about $5bn in 2018 to just over $20bn in 2019 before surging just past $50bn in 2020. Last year, flows surpassed assets under management for EST, which also have grown dramatically in the past two years – increasing from about $18bn in 2018 to just under $50bn in 2020.

This growth is primarily by the strong performance of ESG-tilted companies on the Standard & Poor’s index and the S&P 500, which outperformed the broader market by 113% and 121% over the last seven years from January 2014 to July 2020 respectively, McCoy noted, adding, “people are taking notice.”​

In addition to improving their chances to secure capital, food and beverage companies with an ESG component focused on improving arable land could see significant returns based on economic growth alone, McCoy said.

“If you look at the projections for agriculture, it’s going to go up very quickly for the next 80 or 100 years compared to the rest of the production or the rest of the economy,”​ he explained, noting agriculture as a percentage of gross domestic production will increase from 5.5% today to 7.5% in 2050 and 8.3% by 2100 with a 2.25% compound annual growth rate.

While that horizon may seem far in the future, companies hoping to sell in the next 10-20 years should think that far ahead because potential buyers will evaluate a businesses performance in 2050 with an eye towards the next 10 to 50 years, McCoy noted.

Noting that the US is currently losing arable land at a rate of 3mm acres per year, McCoy explained investing in saving just one acre now could result in an asset worth upwards of $35,000 per acre if incremental taxes hold steady at 17% — “which is a pretty stable amount over time” – and a 2% interest rate is factored in.

“That is an investment case right there,”​ McCoy said, adding even if he was off by a factor of three the investment would still return $10,000 per acre, which “is a lot of money that could go a long way.”​

But, he added, that isn’t the only reason to invest in land improvement.

Strategies to maximize impact and ROI​

To further maximize the potential return on investing in arable land, McCoy recommends companies turn to farms with 1,000 to 2,000 acres as they “are the ones disappearing the quickest and have the least margin,”​ which means the impact per saved acre would be greater – a factor that ESG funds weigh more heavily.

Retailers and brands looking to support small, local and sustainably focused farms can do so by buying products direction, which creates a “locked in” demand that can help small farms succeed, McCoy said. He added the most efficient way to preserve arable land is by investing money in regenerative agriculture early.

56 Dope Things That Are Really, Really Cheap On Amazon

How to Stay Truly Safe in the Sun