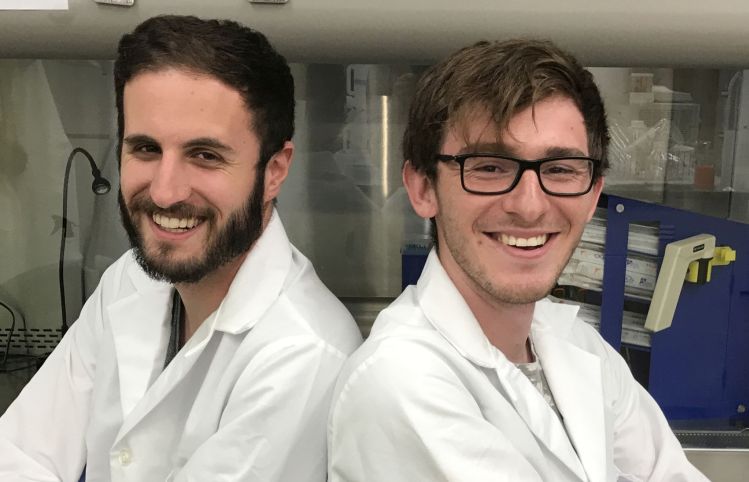 The plant-based substitute for raw tuna ​will be sold under the Finless Foods brand in foodservice channels in early 2022 (with a retail launch to follow if the product is a hit), and is made from an as-yet undisclosed combination of plants, but not the typical extruded soy or pea base, co-founder Mike Selden told FoodNavigator-USA.

“It’s made from nine whole, plant-based ingredients that are cooked and seasoned to mimic the taste and texture of tuna and was specifically designed to act as a substitute for raw tuna in dishes such as poke and spicy tuna rolls. The feedback received from our culinary partners has been phenomenal, likening the flavor and texture to sushi-grade tuna.” ​

While all this might seem like a distraction for a startup that presumably has its hands full working on getting cell-cultured seafood to market, it should not be seen as an admission that the latter is not ready for prime time, he said.

“We don’t see it as a diversion; our cell-based team is still growing at a fast pace and we’ll be announcing a large new funding round in the next few months ​[to date, Finless has raised around $14m].

“The cell-cultured stuff is going much faster than anticipated, we’ve actually blown past all of our milestones this year already and we just broke ground about a month ago on our pilot facility ​[whereas the plant-based products will be manufactured by a co-packer].”

‘We see a lot of advantage to being a food company that sells food, rather than an R&D company that plans to sell food…’​

But he added: “We see a lot of advantage to being a food company that sells food, rather than an R&D company that plans to sell food.​

“We want to prove that people want alternative seafood in large amounts, and right now, there’s just not something on the market that really satisfies a meat eater’s craving for alternative seafood. So with this plant based product, we think we can satisfy that because we have something that blows everything else out of the water.”​

That said, plant-based seafood was not something Selden and co-founder Bryan Wyrwas were working on straight out of the starting blocks. Instead, it emerged as an opportunity rather serendipitously in the course of developing its primary product, cell-cultured fish, he said.

“We were growing Bluefin tuna cells, and we were testing a bunch of different scaffolds as we wanted to see which one the cells would attach to, but also which ones give you the best sensory experience.​

“So we said okay, we’ll make the scaffolds taste like fish, and we combined some of our media ingredients with stuff we bought at the grocery store, and we realized we had a really good product that was made entirely out of plants.”​

He added: “We never went down the extrusion route as it doesn’t lend itself very well to raw fish.”​

At this stage, Finless is not releasing its ingredients list as the product won’t launch until next year, he said: “We’re using something a little bit unexpected, definitely not the most common thing for an American consumer; we’re using nine whole vegetable ingredients right now, and the base is in the melon family, so it’s fairly scaled and we’re buying it from very typical distributors.”​

On the nutritional front, he added: “We haven’t focused on protein, we’ve focused on what consumers seem to be most interested in fish for, which are the omegas, and we have been able to get different varieties of omegas ​[including long-chain fatty acids EPA and DHA from algae] into the products.”​

‘We’re sticking with ground products for our plant-based line’​

In general, plant-based products are well-suited to ground and processed products from burgers to crab cakes, he said. However, cell-cultured products have the potential to more closely replicate whole cuts, he claimed.

“We’re sticking with ground products for our plant-based line​. I don’t think plants are fantastic at creating whole muscle, and for something like sashimi, I think that’s really where the cell cultured technology comes in, which is why we’re still developing that, because it’s such a huge chunk of the market.”​

Are the audiences for plant-based and cell-cultured fish the same?​

While some advocates of plant-based meat feel that cell-cultured meat and seafood is a very different consumer proposition, Selden said he anticipated that the consumer base for these products may overlap a fair bit.

“We want to use this ​[plant-based] launch to figure out exactly who wants alternative seafood, where are they, how old are they? ​

“I think there are some audiences that will only do plant based, particularly vegans who won’t go towards cell-based, and that’s totally fine by me. ​But in general, I think a lot of people aren’t actually paying that much attention and don’t care too much about the difference between technologies, they care more about functionality. Does this meet my taste specifications? Does this meet my nutritional specifications?”​

Cell-cultured seafood: ‘We broke ground about a month ago on our pilot facility‘​

The first cell-cultured product from Finless Foods will likely be sashimi, he said: “Sashimi is really nice because it’s raw, so you don’t necessarily have to figure out cookability and you don’t have to figure out massively thick tissue structures. We purposefully picked the highest cost, simplest thing that we could to go to market with first.​

“As soon as our pilot facility is finished, by the end of this year, we’ll be ready to go to market, probably early next year, so it depends more on the regulatory side ​[as to what the launch date will be in the US].”