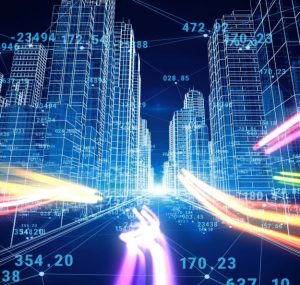 News of the consortium emerged from the recent G7 Conference in Cornwall and the countries represented in the consortium comprise the UK, USA, Japan, Canada, Italy, Belgium, and Austria.

The system uses satellites to distribute quantum keys to the data centres involved. The keys are delivered using a patented protocol called ARQ19, and is claimed to overcome the problems preventing the adoption of Satellite Quantum Key Distribution (QKD).

The UK Space Agency (UKSA) was among those welcoming the announcement of the consortium – FQS has been developed with support from the agency, through its National Space Innovation Programme.

“Space technologies have become embedded in almost every aspect of our daily lives, and UK Space Agency funding is accelerating our development as a world leader in space technology,” said CEO, Graham Turnock.

“Arqit’s advances in quantum technologies will strengthen the UK’s resilience against harmful cyber-attacks, helping us protect our critical services. The announcement today shows the attraction of Arqit’s model to our partners.”

The first FQS satellites are to be integrated and tested at the National Satellite Test Facility in Harwell near Oxford and are expected to be launched on Virgin Orbit’s LauncherOne from Newquay in Cornwall in 2023, after the launch of the first commercial Arqit satellites.

“This is a key consortium to be involved with, placing UK companies at the forefront of cutting-edge global technologies. Arqit’s products will bring high-volume international business through launch at Spaceport Cornwall with Virgin Orbit. Not only does this provide us with advancements in UK innovation, but also brings that innovation to Cornwall, supporting high-skilled jobs and economic growth.”

There is no requirement for special hardware, and the first version of QuantumCloud launches for live service to commercial customers in 2021.

The software potential application for “every edge device and cloud machine in the world”, says Arquit.

A rival system for quantum-based encryption, EuroQCI, has been proposed by the European Commission:

Since June 2019, 26 EU Member States have signed the EuroQCI Declaration, agreeing to work together, with the Commission and with the support of the European Space Agency, towards the development of a quantum communication infrastructure covering the whole EU (EuroQCI). It will consist of an earth-based segment that will use existing fibre communication networks linking strategic sites, and a space-based segment ensuring full coverage across the EU and other continents.

The EuroQCI will integrate quantum technologies and systems into conventional communication infrastructures.

You can read more here.

An Ode To WAG Fashion: The Most Iconic Moments