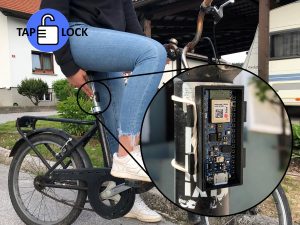 It’s featured on the Arduino blog – see here – but comes originally from hackster.io.

With the Arduino detecting tap patterns via an onboard accelerometer, in theory you could lock or unlock the device either via Bluetooth or taps on its enclosure. Note, however, the locking mechnaism has not yet been implmented, but the creators envisage using the Nano’s GPIO pins to electronically activate a locking mechanism.

“Because taps are not necessarily directional, the TapLock’s creators took an average of each accelerometer axis and charted the time between the peaks. After collecting a large sample of data, they used Edge Impulse to process the data and then train a model with an accuracy of 96.4%. This allows the owner to have some wiggle room when trying to lock or unlock the bike.” 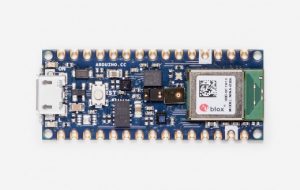 The Bluetooth link to the owner’s phone enables security alarm information to be generated.

You can read more here, and check out the video below. For more about the Arduino Nano 33 BLE Sense itself, see this product page.