AI the new norm in nutraceuticals 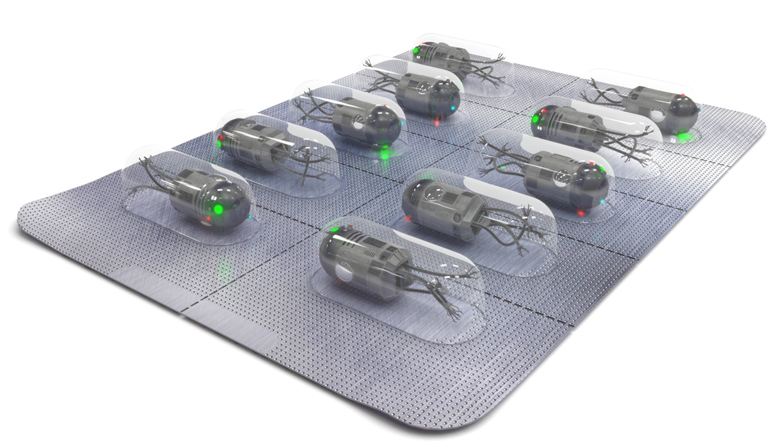 While artificial intelligence is often described as an emerging technology, many companies have been using it for years. A new survey has found that nutraceutical industry leaders expect technological advancements such as machine learning to become the ‘new norm.’

Responders indicated that technological advancements in the industry will enable a more personalized approach towards nutrition over the next three years. Over a quarter of participants stated that they expect the development of highly accurate sensors will be possible through collaborations with the medtech industry.

Another finding was that 12% of the respondents believe that profiling individuals and providing specific dosages and ingredients based on their individual requirements is possible via robotics and 3D printing. Fifteen percent of respondents also said they expect artificial intelligence to play a pivotal role in the nutra industry as well.

One company that is using both 3D printing and AI is Remedy. The personalized health tech company developed proprietary heptacombo 3D printing technology​ and a vegan encapsulation formula that combines ingredients into daily gummy stacks that are personalized via an online consultation and the company’s proprietary algorithm.

“3D printing is utilized in a whole range of industries, but 3D printing food items is a relatively under exploited area. Consumers are ever more technologically aware, with tech playing a key role in so many areas of people’s everyday lives, including many areas of personal healthcare. For many it feels a natural progression for the vitamins they take to utilize tech,”​ explained Melissa Snover, founder and CEO of Remedy Health.

Amit Srivastava, founder of Nutrify Today, said he believes that the future of nutraceuticals will be centered on a personalization approach.

“Automated personalized nutrition where artificial intelligence will manage the nutrient needs and the source of ingredients will evolve into sustainable methodologies using biotech,”​ said Srivastava. “There are already early-stage entrants who are working on Nutra-tech. Nutraceuticals of the future will be a multi-disciplinary function of science which will drive personalized precision nutrition into habits of individuals rather than individuals changing habits to adopt something new.”​

According to the survey, most of the industry leaders already believe that the existing early versions of nutra-tech products on the market have done well in the US. Precision nutrition using Nutra-tech is going to gain global significance in the future. With growing adoption of fingerprinting of phytoingredients, deployment of block-chain technologies, it will also change the agricultural sector with an increased demand for nutrition-rich.

While respondents appeared to be very optimistic, they did cite certain challenges such as a lack of skilled workers, the global regulatory framework as well as concerns about data privacy.

Respondents also said they are concerned about the high price tag of tech. However, as AI becomes more mainstream, it is also becoming more scalable. Additionally, the technology can often complete certain tasks more quickly and cheaply than humans could.

“In a complex environment with opportunity and challenges, it’s often the new generation of star- ups that drive innovation and the same is evident from all emerging success stories across the world,” ​said Srivastava. “Tech-nutra will be an innovation driven by start-ups and eventually there will be large nutrition conglomerates who will enter this segment by way of merger and acquisition.”​

46 Cheap, Dorky Things SO Many People Are Obsessed With